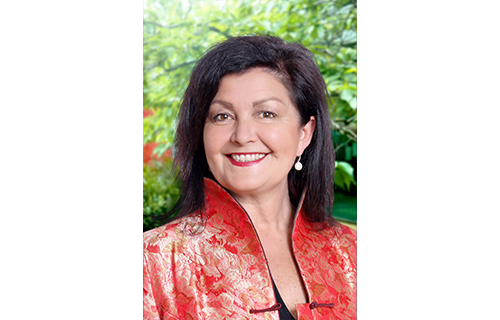 Samantha McIntosh is a Central Ward Councillor (since 2008) and is a confident and visionary leader, working to build Ballarat’s reputation as a progressive and forward-looking historical city, the regional capital of Western Victoria.

She is well known for taking a strategic approach to the Councillor role; lobbying governments, forging partnerships and advocating strongly on behalf of Ballarat and its residents. Awarded as Emeritus Mayor by MAV in 2019 after three consecutive Mayoral terms. Her focus has included delivering a strategic vision for the city which facilitates job creation, attracts investment and delivers essential services and infrastructure.

Under her leadership, the City of Ballarat continued to partner with governments and the private sector to deliver priority projects for the city including the redevelopment of Civic Hall and the Ballarat Station Precinct, and new builds including GovHub and the Ballarat Sports and Events Centre.

Cr McIntosh has played an active role in the Prosperity portfolio of Council including, tourism, creation of local business opportunity, and a broad array of economic development initiatives.

Cr McIntosh has trained as a registered nurse, has owned and managed tourism hospitality and health support venues, and worked as a real estate agent in Ballarat.

Community members with matters they would like to raise with councillors should first contact the City of Ballarat Customer Service team on 5320 5500 or submit a report using the Snap Send Solve app or using the Report an Issue Online form in the first instance to ensure the matter is logged accordingly.

To contact the mayor directly, send an email to samanthamcintosh@ballarat.vic.gov.au or call 0458 004 880

Councillors
Back to top